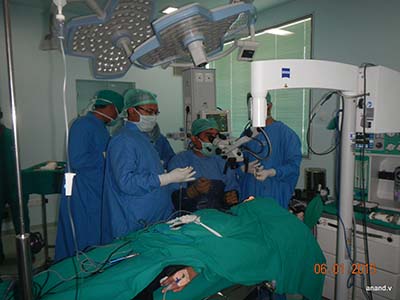 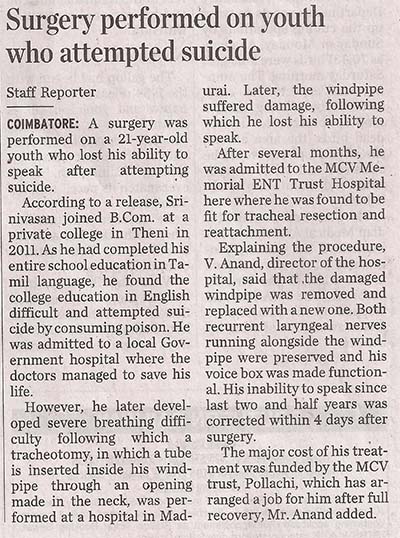 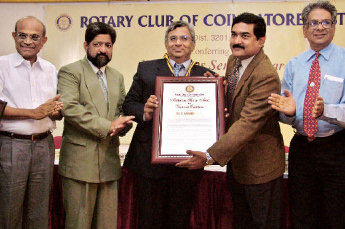 COIMBATORE: An unambiguous emphasis on the spirit of innovation in medical science ran right through this meeting here on Thursday.

The Rotary Club of Coimbatore East’s event to present ENT Surgeon and MCV Trust Hospital, Pollachi, Director V. Anand with the Meritorious Service Award for Vocational Excellence listed his innovations and described these as models worthy of emulation.

The release said that Dr. Anand is the only surgeon to have received the award twice. He won it in 1990 for developing the nasal septal clip that helped avoid the use of nasal packs to stop bleeding after a surgery. The packs forced breathing through the mouth as the nasal passage remained closed for two days.

“Our formal education is terrible. We hardly learnt anything in medical colleges. But, Dr. Anand made dreams in medical science come true while in practice. Real education lies in what he did from the day he became a doctor,” Dr. Mishra, who was the Guest of Honour at the award ceremony, said.

Chief Guest at the ceremony and Past District Governor of Rotary International District 3189, Mangalore, Surya Prakash Bhat observed: “Real education is not within the four walls of a classroom, but it is got while actually doing the work later.”

Mr. Bhat appreciated the efforts made by Dr. Anand in reaching advances in medical science to society.

Rotary District Director, Vocational Service, V. Rajkumar attributed Dr. Anand’s achievements to his passion for innovation and commitment to serve the people. Dr. Anand was the only Indian who had won the RAF Cooper Award twice and this was a testimony to these qualities.

Mr. Rajkumar recalled the case of a girl from Mumbai who had lost her voice and undergone 26 unsuccessful surgeries across the world. But, she got her voice back after the surgery done by Dr. Anand.

Calling Dr. Anand a role model, K.G. Hospital Chairman G. Bakthavathsalam stressed the sharing of knowledge, which the ENT surgeon did by teaching others what he had learnt.

Chairman of Vedanayagam Hospital S.V. Kandaswamy said Dr. Anand had many innovations to his credit only because his strength lay in updating his knowledge on the development in his field.

Rotary Assistant Governor V. Lakshmanasamy, president of Rotary Club of Coimbatore East K. Venkatachalam and secretary S. Vasanth Raj were among those who spoke at the ceremony.

COIMBATORE: Surgeons at the MCV Memorial ENT Trust Hospital at Pollachi in Coimbatore District have restored the vision in the right eye of a 34-year-old man through a neurosurgery.

ENT surgeon at the hospital V. Anand said in a release on Wednesday that the patient had vision loss in the left eye more than a year ago and was found to have a benign mass of fibrous dysplasia pressing the left optic nerve. He underwent a major neurosurgery in another hospital in October 2007 to remove the fibrous mass. But, the vision did not improve.

The patient developed vision loss in the right eye also in August 2008 and needed help from others for his daily activities.

After being examined at the Pollachi hospital, he underwent a surgery last month in which a large quantity of fibrous bone and infected fluid that were causing pressure on the right optic nerve were removed. An ophthalmic evaluation before the surgery found that the right eye had very poor vision and that he was totally blind in the left eye.

The patient regained normal vision in the right eye soon after the surgery that was done using nasal endoscopes and power drills.

The main difficulty with the optic nerve was that it did not have the power to regenerate. Once lost, the nerve cells and axons making the nerve could not re-grow. The same applied to the nerve of hearing and smell.

Fortunately, the ear could be recovered by using electronic cochlear implants after total deafness but retinal implants were still being developed, Dr. Anand explained.

Usually, reversal of vision loss was possible only when the duration of the loss was short. This was especially so after a traffic accident involving blows to the side of the skull. In such cases, the fracture occurred deep inside where the optic nerve entered the cranium. Therefore, endoscopic trans-nasal optic nerve decompression within 72 hours was advised to restore the vision.

Cases involving falls from a height or assaults with single injury and blindness could be tackled in this manner to save the vision.

Another problem was the availability of trained surgeons and specialised equipment at a short notice. All hospitals dealing with injuries should have this system to avoid preventable blindness, Dr. Anand said. 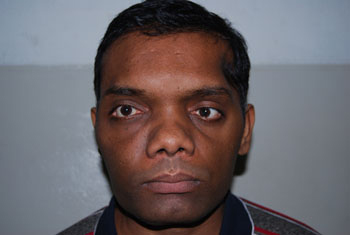 Balakrishnan the patient who regained his vision after performing optic decompression.

Surya coming from a poor family in Kothagiri, was bitten by a snake for which he underwent intensive care treatment with artificial respiration for 6 days. Following this he developed narrowing of the wind pipe as a complication of artificial ventilation and was referred to MCV Memorial ENT Hospital. He underwent removal of narrowed part of the wind pipe and recorrections followed by a excellent recovery. His full expenditure of Rs.50000/- was met by MCV ENT Trust through a donation from Mrs. Mamtha Sachdev a lawyer of Indian origin practicing in UK. It is of interest to note that he met the boy’s family for the first time in our clinic and with encouraging words from his friend Dr. Anbarasu, radiologist who performed scanning for Surya, he helped this family. 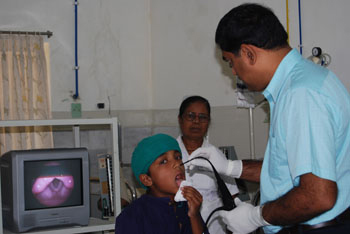 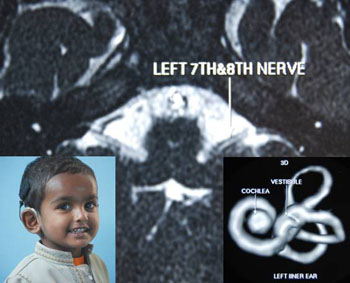 Baby Sri Kumaran a case of Bilateral Hypoplastic Cochlear nerve.He is having good response following cochlear implant.One of the first cases to have such benefit in Medical Litrature. 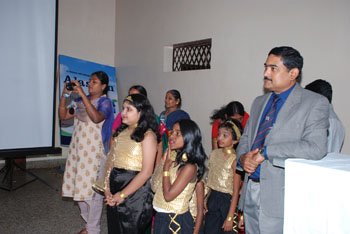 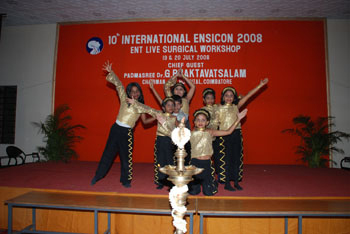 Cochlear implantee children of MCV performing a dance programme during ENSICON 2008 in front of 300 people. 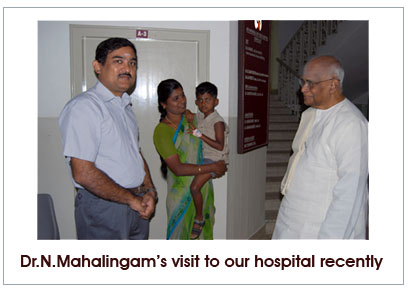 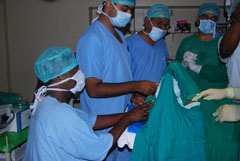 Operation done with father on the headend of his son,a rare instance where parent is allowed inside the OT.Needed as the yongster could not be given a GA