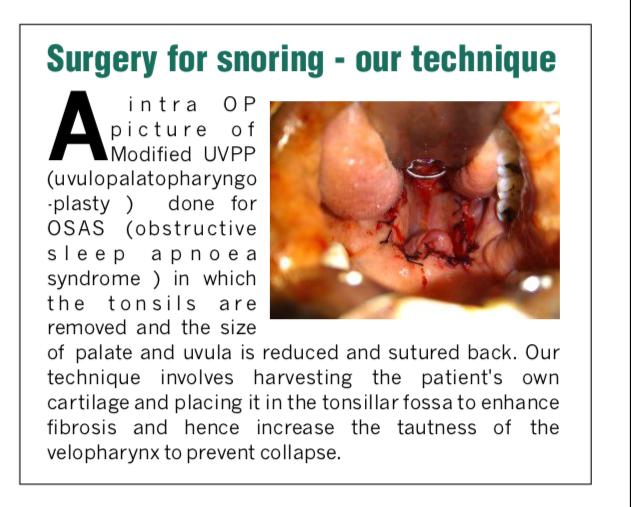 Obstructive sleep apnoea (OSA) is a common disorder characterized by repetitive episodes of nocturnal breathing cessation due to upper airway collapse. OSA causes severe symptoms, such as excessive daytime sleepiness and is associated with a significant cardiovascular morbidity and mortality. After more than three decades from its first use, continuous positive airway pressure (CPAP) is still recognized as the gold standard treatment.

Uvulopalatopharyngoplasty is a well established procedure and can be considered when treatment with CPAP has failed, whereas maxillar-mandibular surgery can be suggested to patients with a craniofacial malformation. Weight loss improves symptoms and morbidity in all patients with obesity and bariatric
surgery is an option in severe obesity. A multidisciplinary approach is necessary for an accurate management of the disease.